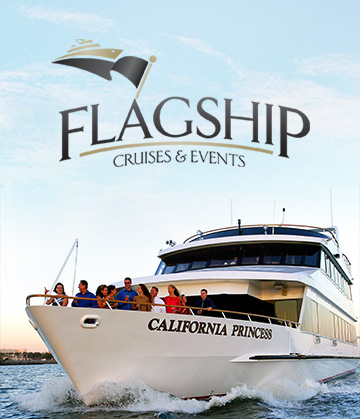 A Century On San Diego Bay

Flagship's story traces back almost as far as San Diego itself. Just like our thriving city, Flagship has been shaped by many innovations and transformations over the past century. We are always striving to better serve the needs of our guests, and humbled by the millions and millions of passengers who chose to make memories on our yachts and ferries. Each new departure is a celebration of San Diego's past, its future, and most importantly, the present.

Here's the story of how the Engel family came to own and build San Diego's finest fleet. 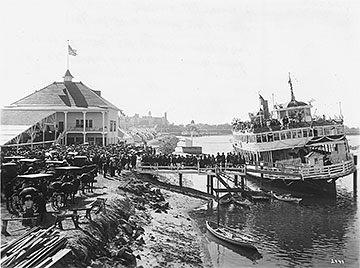 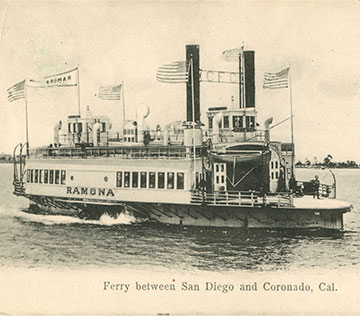 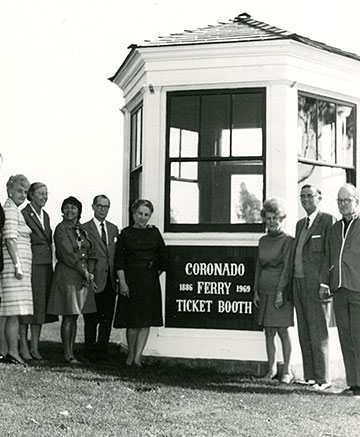 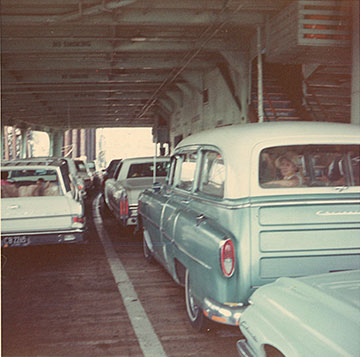 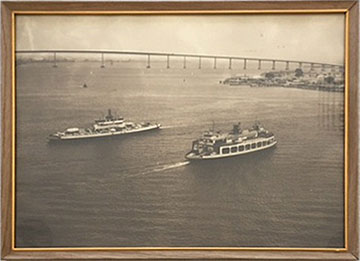 Collection of the Coronado Historical Association

Construction begins on the Hotel del Coronado. Open for business in February 1888, the ferry carries passengers to the hotel along with the prospective land owners it lured to the area.

The two-deck ferry Roseville offers cruises to Roseville Pier and Ballroom for an evening of dancing.

The new Silvergate is launched, engineered to help manage the increased load of passengers to the Naval Air Station. At peak hours, demand still exceeded its capacity of 350 passengers and the Star & Crescent commissioned five more vessels to be constructed.

The company donates the harbor excursion boat Estrella to the government for the purpose to ferrying defense workers and members of the armed forces.

Six years after commercial hunting of gray whales is banned, the world's first water-based whale watching tours begin in San Diego, launching a global industry. For $1, passengers could take a boat trip to experience an up-close view of the whales.

Marietta joins the fleet. One of the largest steam ships on the West Coast, she was designed to comfortably carry 550 passengers on a two-hour narrated harbor tour.

We launch San Diego's first nighttime harbor tours and dinner cruises, departing Friday and Saturday evenings at 8:30. The city council grants the company a license for dining and dancing while cruising the bay.

The fleet expands again. The spacious Cabrilllo, designed to carry 350 passengers, helps to meet increasing demand for daily excursions around the harbor. In 1968, the hull is extended 20 feet, bringing her total length to 88 feet.

The completion of the Coronado Bridge forces our ferry service to come to a halt after 51 years in operation. Under California law, ferry boats are banned from operating within 10 miles of a toll crossing.

The Engel brothers – Art, Herb and David – purchase The Star & Crescent Boat Company. The Engels see San Diego's projected growth and natural beauty as an opportunity to build upon the company's rich history.

With construction fees paid off on the Coronado Bridge, the toll is removed and our ferry service resumes.

The 158-foot California Spirit is the latest and grandest addition to the Flagship growing fleet. Popular for large events and special celebrations, the yacht accommodates up to 600 guests and features 6 full-size restrooms, a private lounge, and 360-degree views from all three levels.

The company is renamed Flagship Cruises & Events, solidifying the Engels' vision to become a premier venue for private events.

Flagship makes a significant investment in shore power. The move saves energy, reduces air pollution, and expands our ongoing commitment to preserve a clean and healthy environment for future generations.

The iconic red, white and blue Patriot jet boat joins the Flagship fleet. An homage to our military community, the Patriot is the only vessel of its kind in San Diego, with turbo-charged jet engines and open-air seating for 139 passengers.

Flagship brings farm-to-table to the sea. All dining and event cruises feature fresh, locally caught seafood and, whenever possible, sustainable California-farm-sourced ingredients. All meals are prepared to order onboard the ship.

Flagship's fleet of dining, sightseeing and whale watching yachts are equipped with complimentary WiFi for guests.

Flagship is San Diego's #1 most cruised fleet. With more than 1,000 departures each month — milestone celebrations and life events, corporate team building, holiday parties, yacht weddings. dining cruises, thrilling adventures, and transportation across the bay — Flagship has become the cruise line of choice for locals and visitors alike. What started as a simple ferry company has become one of San Diego's top venue for entertainment, recreation, and celebrations of all occasions.