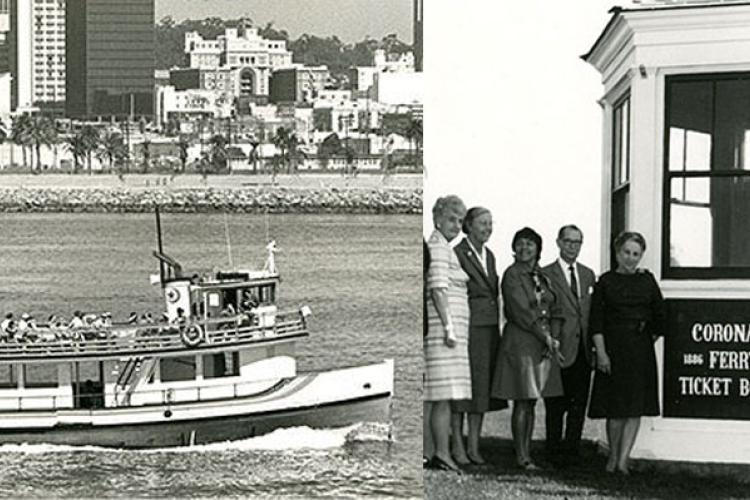 As far as years go, you could do worse than 1915. In that year, Frank Sinatra was born, Einstein explained gravity, a postage stamp cost two cents and the U.S. still had yet to fight in a world war. And in May of 1915, a sixteen-vessel fleet that would become Flagship Cruises & Events began offering water transportation and 50-cent harbor tours on San Diego Bay. Today as Flagship celebrates our 105th anniversary, let's take a look at what life was like in San Diego back in 1915.

Our American flag still had just 48 stars. Life expectancy was 47 years, and the average annual salary was $687. Here's what that salary could buy:

In 1915, San Diego had 1/25th the number of residents it has today. The entire population could have fit in Qualcomm Stadium (which would not be built for another 52 years).

Putting San Diego On The Map

The Panama Canal’s opening in 1914 brought global significance to San Diego, the first American port on the Pacific side. The city hosted a celebration in 1915, the Panama–California Exposition, held in Balboa Park. Many of its features remain iconic symbols of San Diego today — the California Bell Tower, Cabrillo Bridge, Spreckels Organ Pavilion and exotic animal expos that would become the San Diego Zoo.

Many of society’s simplest and greatest inventions were yet to come. In 1915, passengers would have no concept of band aids, zippers, sunglasses or suntan lotion. No one had an instant camera to capture the incredible views. Streets had no parking meters or traffic lights. Even the invention of sliced bread was still more than a decade away.

In the century that followed, travel on San Diego Bay would become faster, easier, safer and much more exhilarating. Flagship's highlights include:

Today, each passenger gets written into a new chapter of Flagship's story. They become part of our century-long lineage, connecting curious visitors and proud residents back to the first excursion in 1915.

Help us celebrate! Purchase a gift card toward any future Flagship cruise and save 20%.
Discount will be applied automatically during checkout. Offer ends June 1.